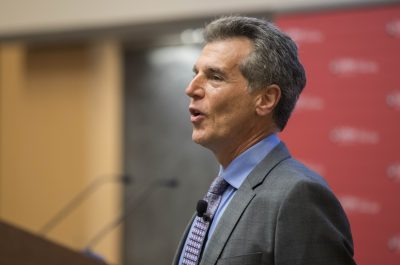 At one point in his hour-long discussion of climate change, Dr. Thomas Homer-Dixon posted a slide of a Venn diagram. One side was labelled ‘enough’ to represent ideas that would stop climate change from worsening. The other side was labelled “feasible” to represent ideas that the politicians and the public would actually be willing to do. The overlapping circle in the middle—where the two ideas come together—was quite small. 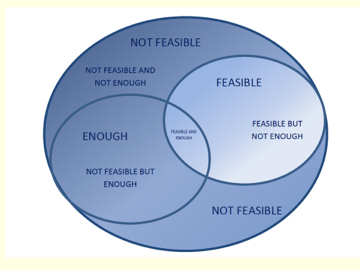 “If we had started working on climate change in the late 80’s, we could have solved it by now,” Dr. Homer-Dixon told the crowd of more than 200 at the 2016 FPA Currents Lecture on September 16th. “Today, the overlap between feasible and enough has shrunk. I can’t tell you if it still exists.”

As the CIGI Chair of Global Systems at the Balsillie School of International Affairs, Dr. Homer-Dixon is dedicated to addressing the biggest challenge of our lifetimes—climate change. In his lecture, he presented not only the stark facts of our climate reality, but also a step-by-step approach to mitigating the effects that are already in motion.

He began by describing the current situation in Canada.

“Politically, the Trudeau government has pledged to emissions reductions that would limit the temperature increase to 1.5C by 2100,” said Dr. Homer-Dixon. “They don’t realize how hard it will be to reach that. It’s the world of magical thinking.”

In fact, Dr. Homer-Dixon, a political science alumnus who was named to the Faculty of Public Affairs 75 for the 75th, says the world would need to reduce emissions significantly just to limit the temperature rise to 2C, which could still spark a six meter rise in sea levels.

Step One: A Tax on Carbon

With that in mind, Dr. Homer-Dixon presented a plan for Canada going forward. His first recommendation was mandatory carbon pricing, also known as a carbon tax.

“Just as we pay to use a landfill, we need to pay to use the atmosphere as a garbage dump,” he argued. In particular, he cited the Alberta oil sands as contributing a significant amount to Canada’s emissions.

A carbon tax would also increase the appeal of energy alternatives, such as enhanced geothermal systems, or EGS. As he wrote in a recent op-ed for The Globe and Mail, Dr. Homer-Dixon is a proponent of EGS, which uses hot water or gas from deep underground to power electric turbines.

“If there’s a silver bullet, this could be it,” he said. “EGS needs a massive investment, but Canada should be at the forefront of this.”

Dr. Homer-Dixon concluded his presentation with “The Grand Bargain (aka what Justin could do now).” The list included:

“We in Canada have an appalling record of investment in R&D. We should be at out in front on this,” he said. “We need a period of enormous innovation and once the change begins, it will move quickly.”

But not quickly enough to save his favourite beach on Vancouver Island. Dr. Homer-Dixon remembers going to the beach with his father. He recently took his own children there.

“When they’re my age, this shoreline will be under water,” he said, citing the motivation for his passion on the subject. “That’s not a world I want my kids to grow up in.”

Dr. Homer-Dixon has agreed to share his PowerPoint presentation from the FPA Currents Lecture with the public. 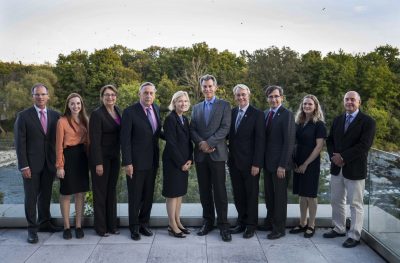 As the director of Arthur Kroeger College and a professor of Communication and Media Studies, Mary Francoli’s research has focused on open government and transparency between government institutions and members... More

In describing his SSHRC-funded research project, Professor Fen Hampson refers to a long list of the ways in which the Internet ecosystem challenges the trust of users and undermines our... More

Communication and Media Studies Professor Benjamin Woo, author of Getting A Life: The Social Worlds of Geek Culture, is building on his Comic-Cons Research Project with the support of... More

Carleton University’s James Meadowcroft, a political science and public policy and administration professor, is one of 14 members in a new task force designed to make recommendations to the Canadian government to build... More