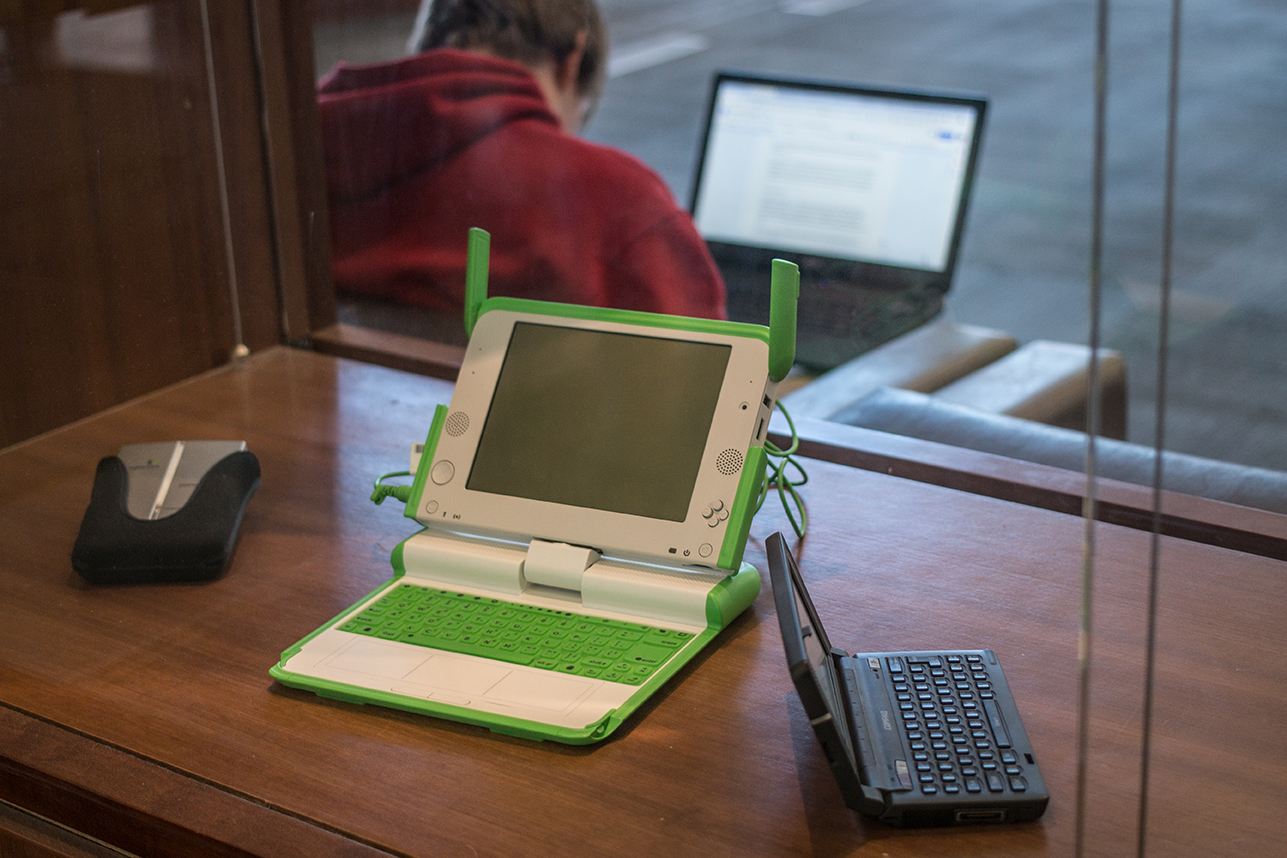 The traditional technology used by a Faculty of Public Affairs researcher was a simple computer. But as technology has changed, so has our research.

FPA is hosting a display of modern research technologies in Carleton’s MacOdrum Library as part of FPA Research Month in March.

This display demonstrates how researchers in the Faculty of Public Affairs (FPA) are applying new technology to study critical issues facing our society and the world.

It also reflects the Faculty’s mission to foster informed citizenship, build better democracy and better societies, and educate graduates who will go on to address regional and global challenges.

Here is a sample of some of the technologies being used by FPA researchers: 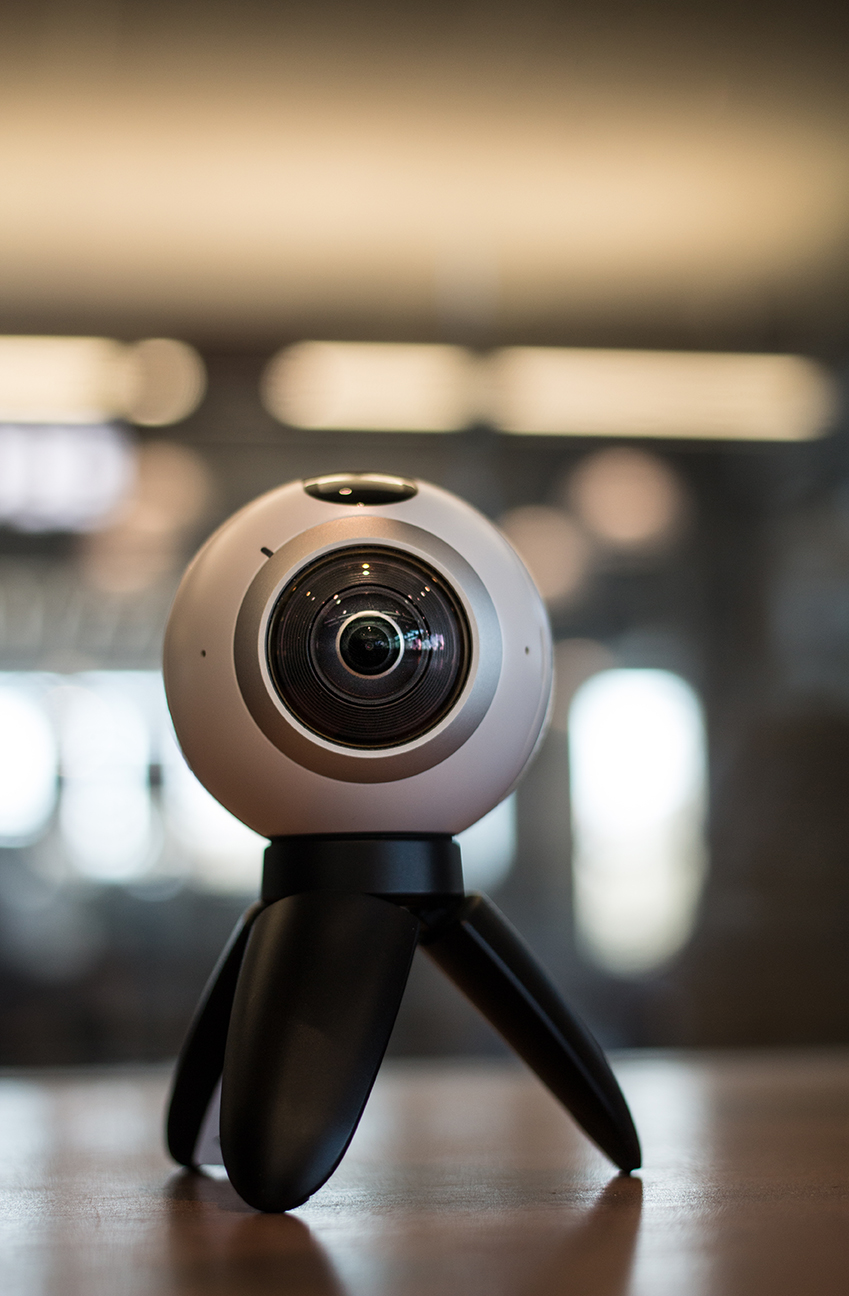 Aneurin Bosley, Assistant Professor in the School of Journalism and Communication, researches how technology, such as this 360 camera, helps journalists find and tell stories. The New York Times used a camera like this to create a project known as Daily 360. 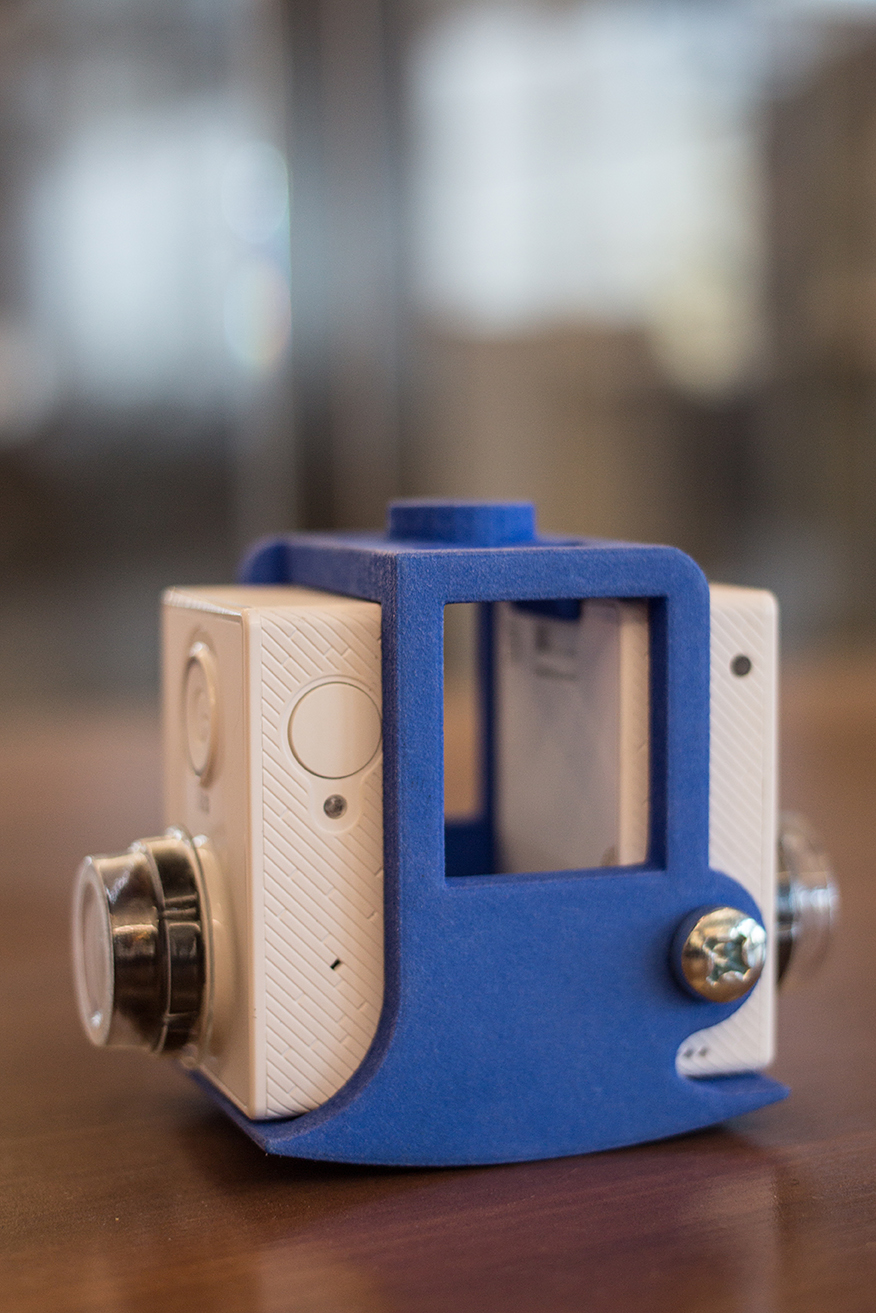 Another type of 360 camera

Viewers of 360 journalism can wear Virtual Reality googles to immerse themselves in the footage from the cameras. They also wear Snapchat Spectacles, another form of wearable technology being researched in FPA. The specs are wearable cameras and present new possibilities for social media narratives— while also raising concerns about privacy and surveillance. They were donated by Vicky McArthur, Associate Professor in the Bachelor of Media Production and Design program. 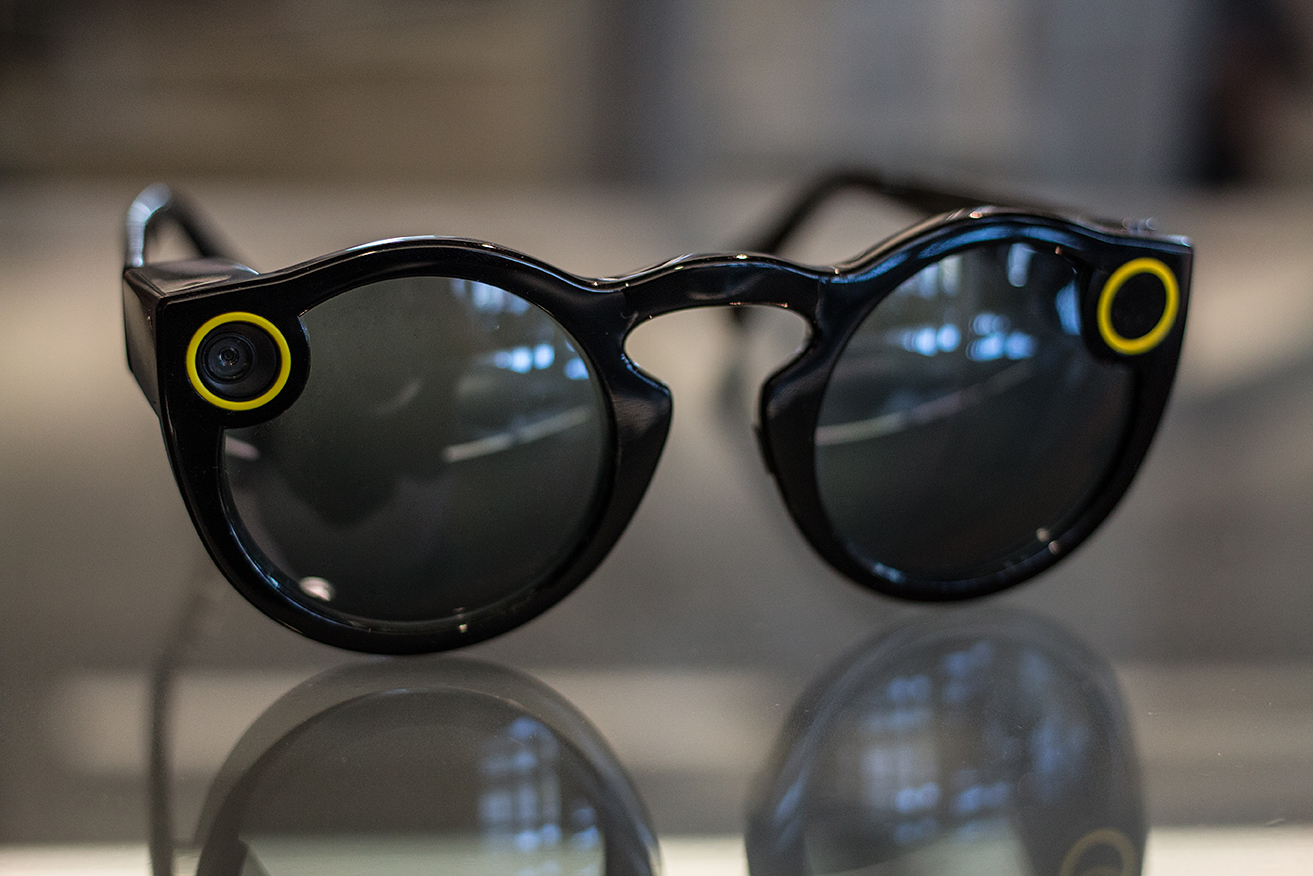 Law and Legal Studies Associate Professor Dale Spencer wears this uniform, or gi, for practicing Brazilian Jiu Jitsu and for conducting research. He studies violence and community from within martial arts, conducting ethnographic and quantitative research on the mat. He serves on the editorial advisory panel of Martial Arts Studies Journal. 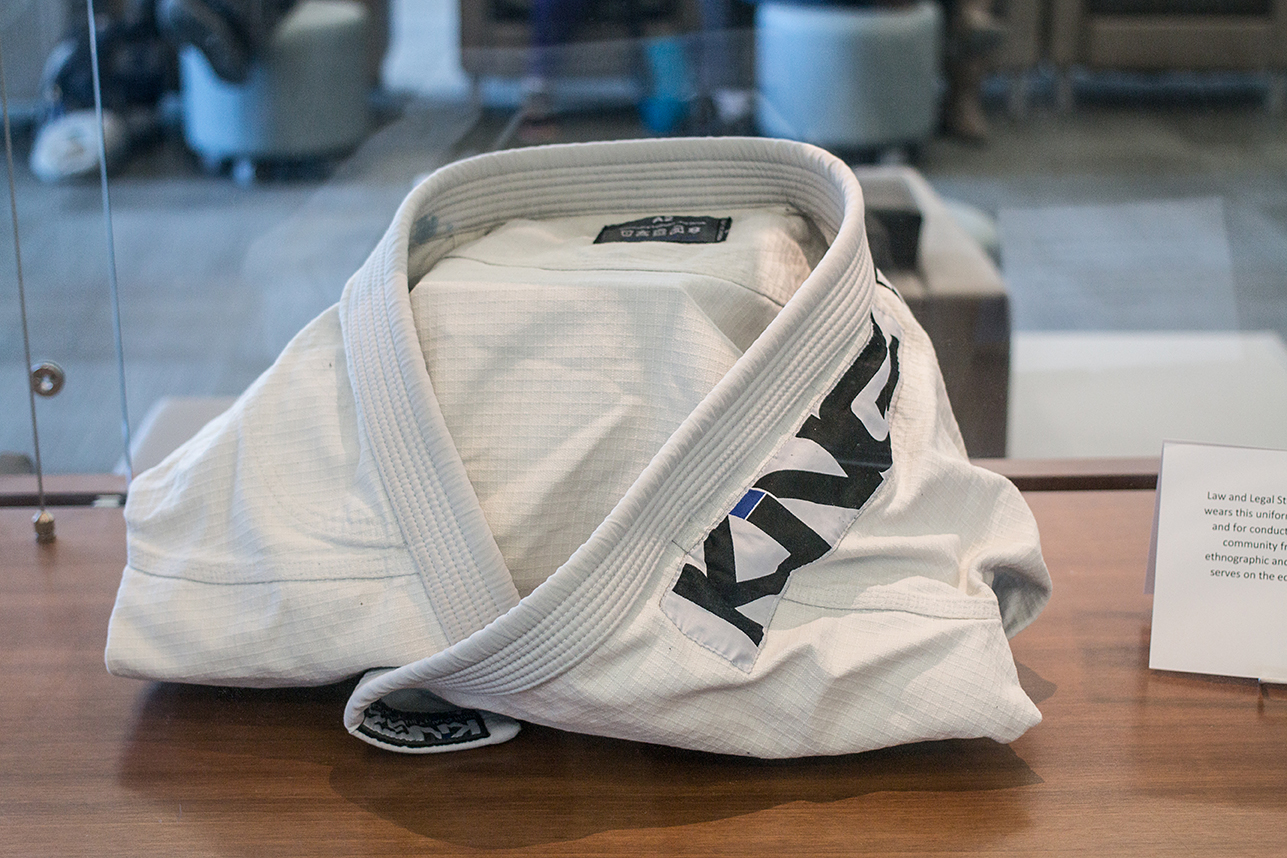 Carleton’s Economics Laboratory for Behavioural and Experimental Research is where Radovan Vadovič, an Associate Professor of Economics, conducts research experiments. He looks at how emotions and heuristics—rules of thumb—influence the economic decisions people make. His experiments engage students in playing games, either with one another or against a randomizing device, like the displayed Bingo Cage and dice. Depending on their decisions and random outcomes participants earn (or win) real money. 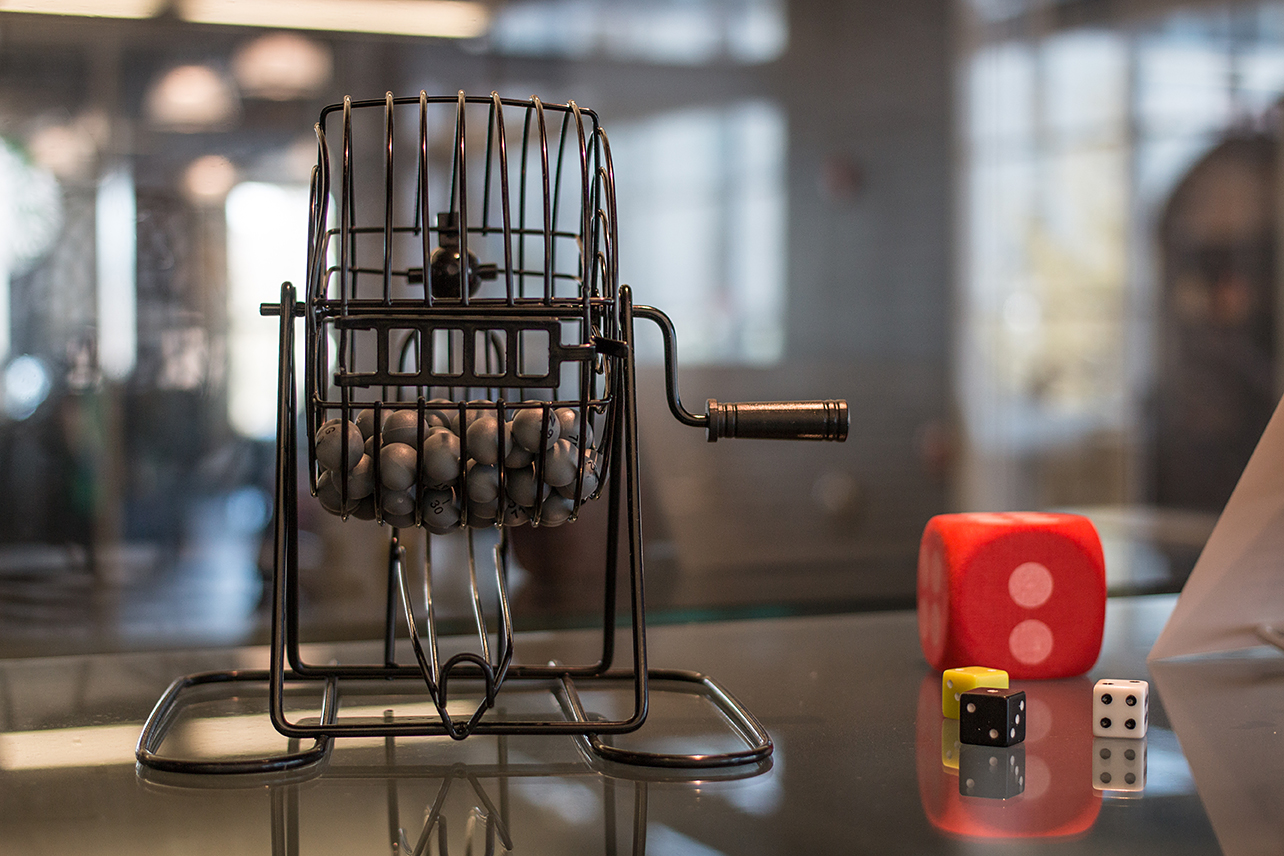 In addition to the technology displayed in the library, the Faculty of Public Affairs is home to North America’s first clinical social work research lab, the SIM Social Work Research Lab. The lab is dedicated to simulation-based research to improve social work practice and the education of students. Professors Kenta Asakura and Sarah Todd, along with students from the School of Social Work, will be using the lab to conduct a variety of research projects. The rooms are equipped with technology including Simcapture cameras, which are used to capture interactions with social work practitioners and simulated clients.
FPA Research Month continues throughout the month of March.

The Rebuilding First Nations Governance project, led by Chancellor’s Professor Frances Abele of the School of Public Policy & Administration has been awarded $2.5 million over 6 years. The goal... More

Public health in Canada has been transformed since the turn of the 21st century following the SARS crisis, with changes accelerating in the late 2000s. Examples include the creation of... More

For over 40 years Carleton undergraduate students have served as Pages in both the Senate and House of Commons Page Programs. Each year, as many as 13 Carleton students—a good... More

Voices from the Soviet Edge (Ithaca, NY: Cornell University Press, 2019) has won the 2020 Canadian Association of Slavists/Taylor and Francis Book Prize. Sponsored by Taylor and Francis Publishers, the... More